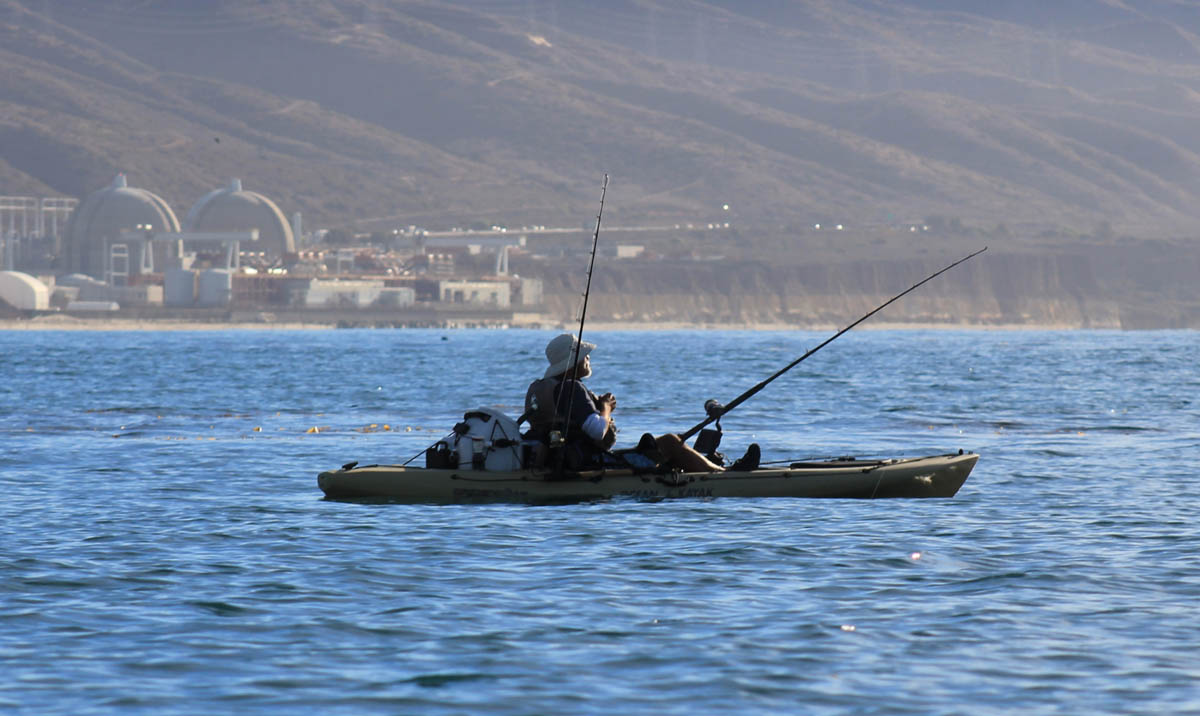 All too often we all hear the horror stories about that dadgum kayak fisherman who was on my spot or that dang boater who blew through the creek without considering the kayakers they almost hit or waked. No question there’s plenty of blame to go around regardless of the vessel you fish from, so this month we’re going to talk about kayak fishing etiquette although most of this applies to anglers in any vessel.

Let’s start with what etiquette means – according to Webster’s it means socially correct behavior, decorum, good form, or manner. On the water having good etiquette goes a long way to making sure your and other people’s experiences are safe and enjoyable. Although simple proverbs such as the golden rule of treating others as you would like to be treated seem obvious enough to guide our actions on the water, many anglers have different opinions and assumptions that make even the golden rule break down at times.

As a kayak angler you need to remember as a starting point that you chose to be a kayak angler – no one held a gun to your head and forced you to do it. The world does not owe you any special treatment. All you really should want is to be treated with the same decorum and respect anyone would like and vice versa.

Let’s begin at the ramp or launch. It’s OK to launch your kayak(s) at a public ramp just like any other tax paying citizen. However like any other boater you need to come to the ramp and take your turn as anyone else would. Be prepared to offload your kayak and equipment quickly, move your boat to a safe position, and then quickly park your car so that the next person can use the ramp. The ramp is not a social gathering place to chitchat and figure out how you are going to load, rig, or equip your kayak. Have a system and get it done.

Once you have launched consider the type of water you are fishing in to determine your on the water etiquette. For example if you decide to fish the edges of the ICW on a weekend when you know there is a lot of boat traffic, you need to be aware of the traffic and wakes other boats will produce. While boaters are responsible for their wakes to a certain extent, expecting boats running the channel of the ICW to slow down or come off plane because a kayaker is on the edge of the ditch is unrealistic. If you are very close to the edge of the ICW in a foot or less of water you need to understand that those tiny wakes can turn into small breakers when they hit the shallow water. I have heard numerous complaints from kayakers who think boats in the ICW should stop for them – honestly this is not a situation that calls for the kayak angler to curse the boaters.

If you are a boater think though about the kayakers. As you come around blind corners of a narrow creek on plane at 20-30+ knots per hour you have no brakes and there is a decent chance especially on weekends that you may pop around a corner at speed and find a 14′ kayak in your path. This is the nightmare situation from a safety aspect and is more of a safety issue than an etiquette issue. Remember the US Coast Guard requires the captain of a vessel to be responsible for the vessels actions and there is no such thing as right of way on the water. All vessel operators are required to take all possible measures to avoid accidents.

Let’s go back to etiquette and talk about the common fishing conflicts. A common scenario is a vessel which may be a boat or a kayak is in a relatively narrow creek and is anchored or stopped on one side. You come around a bend in your yak and you have several lines out trolling. The first thing you should do is observe where the other folks that were already there are fishing – in all likelihood if their vessel is on one side of the creek they are probably fishing a spot on the opposite side of the creek. After all this is creek fishing not bottom fishing for offshore in 50′ of water. 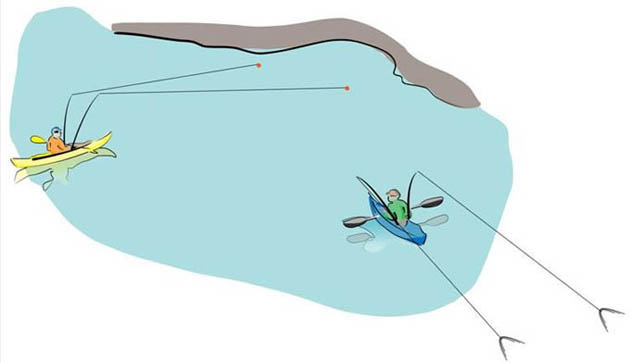 Next you should pull in your trolling lines if you have any out. You don’t want to snag anyone else’s lines. Then as you slowly and silently come up on them ask where they would prefer you to pass. Making cordial contact is key here – everyone wants to have a nice day and there’s no reason to be jerks to each other.

My personal preference is for folks to pass close to me – this way the spot I am working doesn’t get stepped on. The bad assumption made too often with no communication is that it is OK to pass someone on the opposite side. This results in you spoiling the spot they were fishing in. Not nice.

If it’s a boater doing the passing here’s where it would be nicer to be on the trolling motor not the gas engine, and to communicate. Think about it – would you appreciate it if someone did to you what you just did to someone else?

Some other common scenarios are simple. If you are headed for a specific spot and someone is already there what do you do? Well you could try for some camaraderie and probe whether they’d be OK with you sharing the spot, but the prerogative belongs to whomever got there first. Some people don’t mind the company but just because someone does not want to share does not mean they are the bad guy. Once again put yourself in their shoes.

Now I’m no Mr. Manners and everyone has pet peeves. Mine is watching some folks in a stumpknocker on the gas motor troll about 4 lines doing laps around a creek just ruining every spot on every bank. All you can do when something like that happens is to chill out and wait for them to leave, or leave yourself. Getting angry and being ugly will not get any positive results.

So next time you are out think before you act. Whether it’s a close encounter in a creek or recognizing the type of water and traffic around you, the golden rule and friendly communication are the tools that will keep you sane. The camaraderie between all boaters on the water can and should be a positive thing – a wave or nod of the head goes a long way to make things pleasant and enjoyable for all.