Kayak Fishability: To Paddle or Pedal? 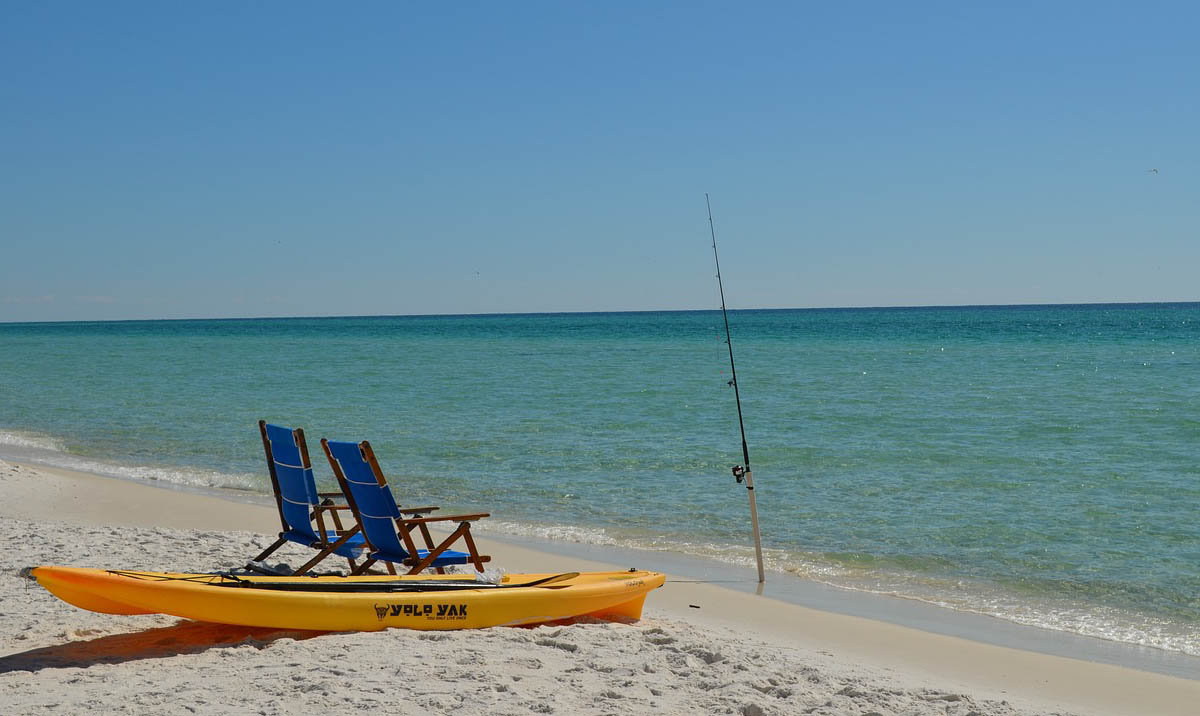 The Fishability of paddle and pedal propelled kayaks

Bud Light has Drinkability but in this article we’re going to consider the Fishability of paddle and pedal propelled kayaks. Thanks to the Hobiecat Company, the pioneer of pedal-driven kayaks, and the recent designs from Native Watercraft kayak fishermen now have several human-powered options to consider in how to move their kayaks in the water.

The idea behind a pedal-driven kayak is to enable the kayaker to utilize the leg muscles which are much larger than the arms and torso muscles primarily used by a paddler, and that pedaling is a more efficient means to cover longer distances than paddling. It’s open to debate as to whether pedaling is faster than paddling. The design of the hull and abilities of the paddler or pedaler both come into play. I have seen good paddlers with good form, decent paddles, and a kayak with an efficient hull design like a Wilderness Systems Tarpon 160 leave a pedaler (or paddler) in the dust, and I have also seen folks with great legs and endurance on an efficient Hobie Mirage Revolution pump clear out of site.

When it comes to fishing, a pedal-driven kayak with a hand-controlled rudder has several advantages compared to paddling. The number one advantage is hands-free operation – since your feet are doing the paddling and the occasional rudder adjustment is made with a quick flick on the rudder control, your hands are free to cast, retrieve, and fish while continuing to move. Or if you are going between locations you could use your hands to rerig tackle, have a snack, or as a pal of mine does have a smoke (lol, of course the kayak manufacturers don’t promote this option).

If you are fishing in conditions that are sensitive to current like the tidal marshes of North Florida, the pedals are a great way to keep your position when fishing into the current – that is casting up current and letting your bait work back towards you in a natural presentation. A paddler in this situation has the paddle in his lap, and either drifts backwards or makes one-armed paddling adjustments to stay in position. The same goes for fishing in windy conditions – you only have so many arms!

There are a few potential drawbacks to using a pedal fishing kayak compared to a paddle fishing kayak. Because the drive system takes up space in the footwell you typically have less storage space than other sit-on-top kayaks and the footwell area is not as open. Also when fishing super shallow water you must remove the pedal drive from the water and put it somewhere – so there’s a bit of a tradeoff in storage space. And while they are quieter than a motor they are not as quiet as a paddler – so most anglers use the pedal drive to go between fishing areas then switch to paddle or pole when in close quarters or spots that call for stealth.

There is some minimal maintenance for pedal drives, such as rinsing and occasional lubrication. And even pedal driven kayak anglers keep a paddle around – even though the pedal drives are made with plastic and stainless steel components and are quite rugged, they are more complex than a paddle and can have malfunctions or breakdowns. Finally pedal driven fishing kayaks cost quite a bit more than a paddle based fishing kayak – a paddler can have the world for $600-1200 but pedal-driven units are in the $1600-2500 range.

Let’s take a side-by-side look at the two most popular pedal drive systems on the market – the Hobie Mirage drive and the Native Watercraft Propel drive. Each of these drives has their strength and weaknesses based on their specific designs.

The Hobie Mirage drive is available in a wide variety of hull models from the Sport, Revolution, Outback, and Adventure to inflatable and tandem models. All of these hulls are sit-on-top design with scupper holes for water drainage. What’s unique about the Mirage is that the pedals drive a fin-based system under the boat that sweeps a pair of fins back and forth similar to a fish’s movements. The fin system moves a lot of water and Hobie offers different versions of their fins to dial in speed and water displacement. The system can be completely removed from the footwell and stored when in shallow water, or the blades can be pinned flat under the kayak from a cockpit lever. The drive has adjustments for stroke length and pedal position to accommodate the comfort of the pedaler. The Hobie Mirage drive boats start in the $1650 price range fully equipped with seat, rudder, paddle, and cart.

The Native Watercraft Propel drive is a recent entry to the market and is available in the Ultimate 12′ and 14.5′ hulls. The Ultimate is a hybrid kayak/canoe hull – it has a tunnel hull and gunnels with no scuppers. The Propel drive is a prop-based unit with a 1:10 drive ratio and more of a recumbent bicycle style set of pedals that spin the prop. The drive uses a pivot and pin system to be raised out of the water entirely for shallow water operation. The Ultimate seat system slides forward and back so the angler can adjust his position relative to the pedals. The Ultimate Propel drive boats start in the $2150 price range.

How do they stack up? Both have pluses and minuses relative to each other. If you are interested in a fishing kayak that works inshore and offshore, the Hobie is the clear winner – it is a sit-on-top kayak with scupper holes while the Ultimate has no drainage and is more of a canoe design. If you are very tall (over 6’2″) you might prefer the Ultimate due to the adjustability of the seat.

One of the best features of the Ultimate Propel drive is that since it is a prop drive it has reverse, so stopping and backing up is as simple as pedaling backwards. One of the most frustrating things about the Hobie is lack of reverse – Hobie anglers often develop a bad habit of pedaling in circles over target fish areas instead of getting out the paddle. While both drives come out of the water for shallow water angling the Ultimate hull is designed to accommodate a standing angler using a pole or paddle after the drive is levered up.

When it comes to maintainability I have to give the nod to Hobie – the Mirage has been around for years and is a very rugged time-tested design. The Mirage drive also kicks up when it his bottom during operation, whereas the Propel just hits and the boat stops.

While pedaling is not for everyone, the rise in sales of pedal kayaks and their popularity on the water speaks volumes – a lot of people like them. Like any other kayak equipment decision the best thing is to try what’s out there and make up you own mind what works for your style and preferences.