How It’s Made: DOA Shrimp 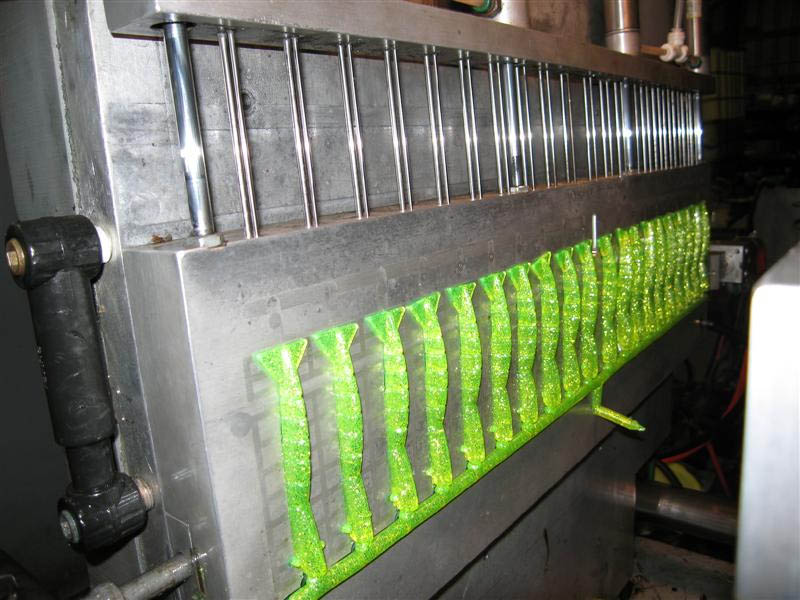 I had the pleasure of visiting the manufacturing site for DOA Lures here in Jacksonville, FL and they were nice enough to show me how DOA Shrimp and other soft plastics are made and to share it in pictures. Like most soft baits DOA Lure products start as “fairy dust” – pictured here is chartreuse plastic in it’s native form with speckles which give the fleck versions of DOA lures their flash.

The raw materials are mixed with various chemicals to form a plastic slurry which is used in the molding process.
The liquid plastic is fed into an injection molding machine that heats and compresses the liquid for injection into the die. The die is where the shape of the soft bait is determined and each cycle the bait cooks in the die until it is ready.

This is the left side of the die when it opens.

Below is the right side of the die. 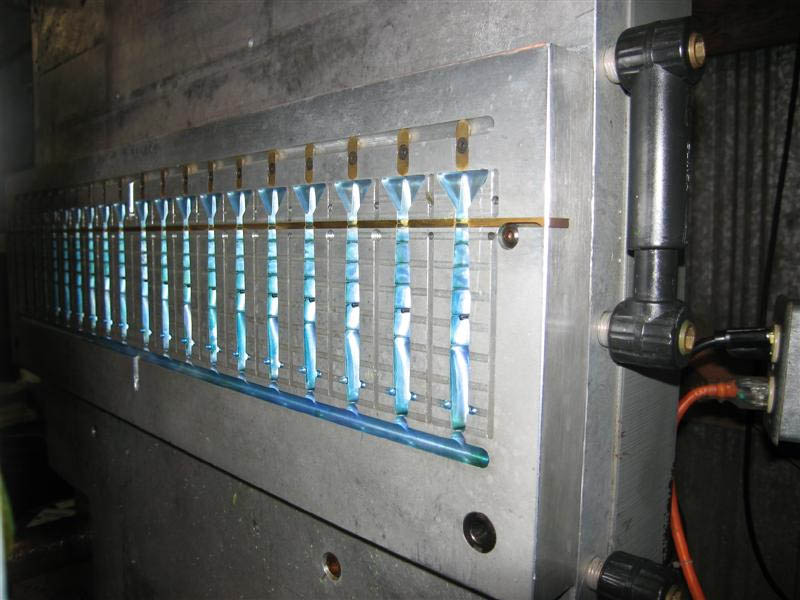 When the die opens an operator removes a string of shrimp which are then placed on a rack where they cool. 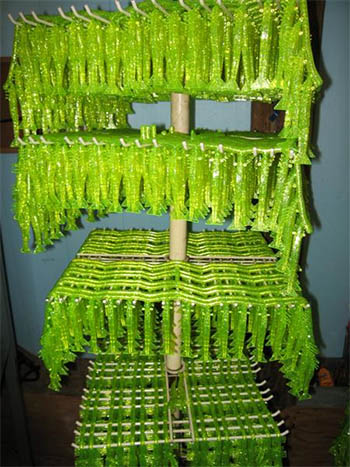 When DOA Cals come out of the die they first go into a cooling bath to allow the plastic to set before being hung on a rack to dry.

Next they are packaged for shipment to DOA Lures headquarters in Stuart, FL.
Final assembly such as putting the hooks and “meat” into DOA Shrimp is done in Stuart, FL then the lures are packaged and shipped to wherever DOA Lures are sold and ultimately purchased by anglers that want to catch fish. Learn all about the great products from DOA Lures at www.doalures.com