My buddy gave me a couple of his old trolling motors (i know, he's a badass friend) because I've been talking about rigging one up to my Wilderness Systems Commander 120. He gave me his old Minn Kota 30lb and a Bill Dance edition 41lb thrust motors to see what I liked best, I'm most likely going to be using the Bill Dance motor since it's obviously faster.

Now, I have very little experience (read: none) in this field and have been watching videos and reading posts on the subject to figure out exactly how I want to go about this. I know I want to mount it to the stern of the yak so I'll most likely have to disconnect the top of the motor from the prop and extend the wires to the cockpit. I know I'll also have to get a battery box and battery for it, I'm thinking a 24 Deep cell battery so I don't have to worry about it dying in a few hours. I think I'm going to try to rig it to pedal steering also to keep my hands free to fish.

Is there anyone near PVB that has any experience with this? beer/whiskey/

Money is tight, so I want to try to keep costs down.

Open to suggestions or tips...I'm also thinking about getting a fish finder and making a new dashboard since I'll be making major changes anyway.
Top

It definitely provides better steering when you mount it on the stern, but then that opens up a whole can-o-worms about controlling it with it way back there, especially if you're doing a DIY design/install. There are two things you could do that would avoid major customization headaches.

1. You could always get a tiller extension handle with a u-joint. I have one of those for my squareback canoe and it worked very well. Then all you would need to modify is adding a cable to the lift lever so you can get it up/down in the water when needed.

2. You could just get just get a sidemount and put the trolling motor on one side or the other right behind the seat. You could also put it in front of you on a sidemount (and then reverse the control head on the shaft which is easy enough to do).

If you still would rather do the whole custom stern install (which I do understand because that's what I did for my kayak), just know that it's not anywhere near as easy the two options above. Although I did go the stern mount route, I just ended up buying a pre-fabricated kit including the motor from Island Hopper Outboards. It was expensive, but it was pretty easy to install since I didn't have to reinvent the wheel. Since you already have a motor, you could buy their motorless kit, but even that is pretty pricey (like close to $300). For my stern install I opted for a long tiller style steering control rather than foot pedals. I did this because my kayak isn't exactly rudder ready so it would've taken some extra work to rig up steering pedals, and plus if I'm standing I can't steer with pedals. 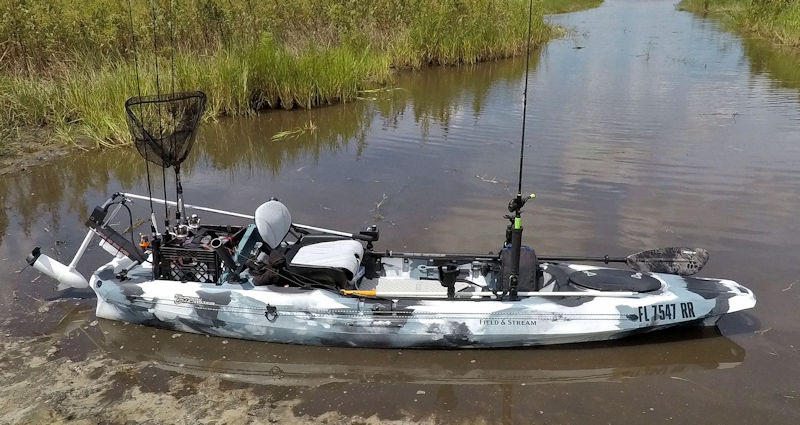 Also, for a battery I use two of these in parallel (making a 12v/70Ah battery): 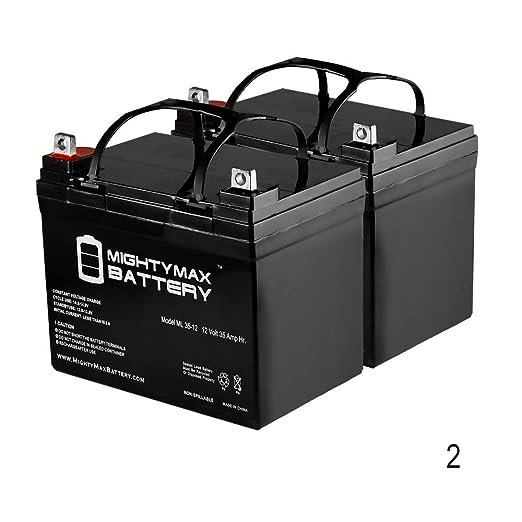 They're 24lbs each and much smaller (7.68 inches x 5.16 inches x 7.13 inches) than a normal marine battery. They're sealed and spill-proof, so you can mount them sideways if you wanted. I actually store them in the front hatch of my kayak and then ran the wires through the hull to the stern. Note that if you're going to do something similar you have to use a really heavy gauge wire or the wire will get REALLY hot in use, which would definitely melt your kayak hull or even cause a fire. The easiest (and cheapest) thing to do is just cannibalize a set of jumper cables. I've taken the kayak out with the motor on some 6-7 hour fishing trips, motoring around most of that time including using the trolling motor to keep me in place/positioned when I didn't feel like anchoring, and I've never been below 75% when I put the batteries back on a charger. Depending on how much you actually use the motor (and how long you're out fishing), you could actually get by on just using one of these little batteries.

Thanks for the advice. I hadnt thought of using the tiller extension, although with the Bill Dance motor I plan on using I don't think that will work. It's a one click on/off motor instead of the twist style handles alot of other motors use.

I've watched a ton of YouTube looking at everyone else's setups. I still feel like the pedal steering will be easier in the long run, even if it does take a little more ingenuity to begin with. I don't plan on standing while I'm motoring, I don't know if my yak is stable enough for that.

Also, I don't have any inside storage like some of yall do. Thats why I was planning on getting one big marine battery and box for it, the store it towards the bow with a cover over everything and run the wires to the stern under the rails. This will also help me disperse some of the weight, which is an issue I think I'll run into.

I'm still at the drawing board as of now, this project will probably take a few months to work out. No to mention I don't like working on it in the 100* heat.

Any other recommendations are greatly appreciated.
Top

Ive picked up a small Selvoy trolling motor mounted on my Outback. What small batter do you recommend for a couple of hours of run time and what is the source. when i ask around here for a 40 amp deep cycle, people think i"m nuts. Weight is a major concern. Please help if you have any experience with this.

One quick note - the bigger motor is not "obviously faster". It might be if the 30# can't get to top speed. Most of the smaller motors have the same top RPM; they just won't reach it if pushing a big load for its rating.
Top
Post Reply
6 posts • Page 1 of 1